Splitting string based on some token is very common operation in application, in this blog i will share some options that are mostly used and types of overhead involved in it.

String.split
This is the most common approach and it looks harmless unless you look at the code!
First it creates ArrayList for storing values and then this arraylist is converted to String array

This function produces too much of garbage and it provides only one way to extract values.

String Tokenizer
This is much better than String.split because it does not need intermediate buffer like ArrayList/String Array to hold the values, but it creates String objects for each token which adds to garbage.

One of the good thing about StringTokenizer is that it does not force caller to use fixed data structure , so caller is free to decide on what to do with values, it is just like Streaming operation.

String.split vs StringTokenizer
Lets look at some performance numbers. In this test i take below sample string


Each line is split 10 million times 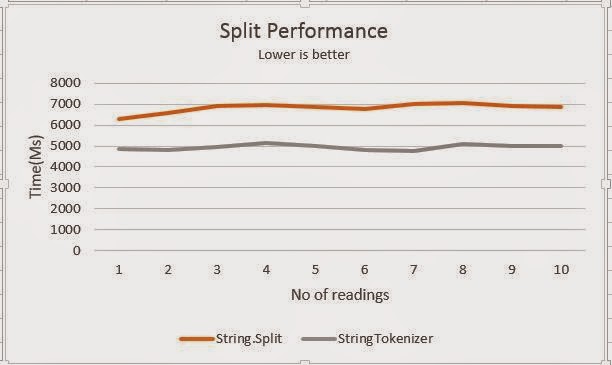 So definitely StringTokenizer is winner in this case and it is because it produces less garbage as compared to String.split but it still produces string objects.

It is possible to avoid creating those String object also by using Recycle Charsequence which is just like String but gives lots of flexibility. 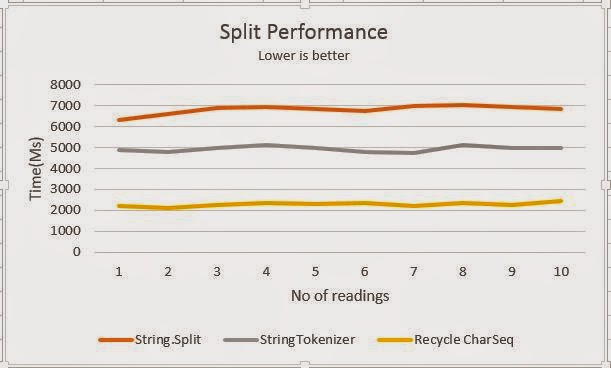 Today it is hard to find team or organization that is not following agile but building software has not become easy, projects are missing s...