It was very good learning experience , he talks about how to work with code that does not have unit test or less unit test. He shared techniques can be used to improve legacy code and get better understanding of application.

Sprout Method/Class
This is pretty common technique but did't know that it has name. Adding new method/class sounds much easier than changing some existing code for new feature, so we should use this approach for any new feature that we want to introduce.

This approach can be used on existing method also to make it testable.
Work of caution that you don't want over do it !

Poor Man dependency injection
Everybody knows what dependency injection is, apart from some of the benefit it can also be used to make code testable, so for unit test you can have sample/dummy implementation that can be injected to your application code to make is testable.

One of the problem with this technique is that it will result in method signature changes and that might mean that all the code in that call stack might need to change.
Just remember that you don't have to use spring to do this!

Extract and override
This is interesting one looks like silver bullet or Brahmastra for many problem.This pattern is used to have control on dependency that are hard to fake.
Assume there is function that makes some database/socket call and then does some calculation and you want to write unit test for calculation logic.

To make function testable you can do below changes

This is very powerful technique because you don't have to go through pain of changing  constructor/method parameter, so call stack remains intact.
Since it is based on method overriding, so you need to have discipline in team to make sure that fake class is only used for testing.

Singleton
Singleton make life very difficult from testing perspective, way to make it testable is allow injection of new singleton implementation and use that implementation for testing.

Create interface to break big class
Although adding new method/class is much simpler but still lot of code is added to existing class/method and over period of time it becomes big i mean really big.

Main advantage for this approach is that you don't have prerequisite of unit test , you can take benefit of compiler/IDE feature.

Method & variable dependency graph
When class grows overtime and it does not adhere to Single responsibility principle, working out what functions goes where could be tedious.
You can draw dependency graph of variable & method to workout how things are related. This can help to come up with new classes will will adhere to single responsibility principle.

Seam
Identifying seam plays important role in working out hidden dependency.
Definition of seam from dictionary is
A line of junction formed by sewing together two pieces of material along their margins.

Definition in context of re-factoring is - part of code will enable testing.

for e.g functions performs some I/O operation and then some calculation, so if you want to test calculation without doing any major changes to core logic then you can "Extract & Override" approach to solve this.

Main benefit of this approach is that you don't have to commit this in Svn/Git only purpose of this work is understand as much as possible by creating small code blocks.

While you are doing this you will get better understanding and code is simplified to extent that doing real re-factoring will be not be that difficult.

I must say it was very useful session, lot of learning and fresh perspective.
I have got copy of Working Effectively Legacy book and will read & practice it to get more better understanding.

Interesting experiment on TDD, i knew it is better but did't expect that proving it could be this simple . 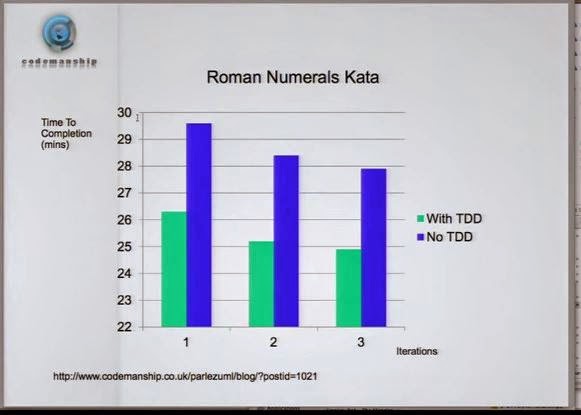