Excellent paper on mocking framework by jmock author. This paper was written in 2004 that is 18 years ago but has many tips of building maintainable software system. 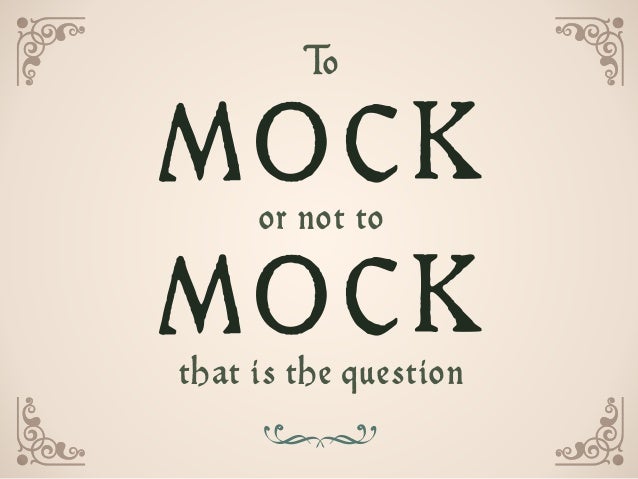 In this post i will highlight key ideas from this paper but suggest you to read the paper to get big ideas behind mocking and programming practice.

Mock objects can be useful when we start thinking about writing test first as this allows to mock parts that is still not developed. Think like better way of building prototype system.

Mock object are less interesting as a technique for isolating tests from third-party libraries.

This is common misconception about mock and i have seen/written many codes using mock like this. This was really eye opening fact that comes from author of mocking framework.

This is so much true but as engineer we take shortcut many time to throw away best part of writing test. Design that is driven from test also gives insights about real problem and it lead to invention because developer has to think hard about problem  and avoid over engineering

As we start wiring test it gives good idea on coupling & cohesion decision we make. Good software will have low coupling and high cohesion. This also lead to functional decomposition of task.
Another benefit of well design system is that it does not have Law_of_Demeter, this is one of the common problem that gets introduced in system unknowingly. Lots of micro services suffer from this anti pattern.

Need driven development
As mocking requires explicit code/setup, so it comes from need/demand of test case. You don't code based on forecast that some feature will required after 6 months, so this allows to focus on need of customer. All the interfaces that is produce as result of test is narrow and fit for purpose. This type of development is also called top down development.

Quote from paper
"""
We find that Need-Driven Development helps us stay focused on the requirements in hand and to develop coherent objects.
"""

Mock test becomes too complicated
One observation in paper talks about complexity of Mock Test.
If system design is weak then mocking will be hard and complicated. It does amplification of problems like coupling, separation of concern.  I think this is best use of mock objects to get feedback on design and use it like motivator to make system better.

Don't add behavior to mock
As per paper we should never add behavior to stub and in case if you get the temptation to do that then it is sign of misplaced responsibility.

This is 2020 and if you are starting any new java based project then gradle should be first option but for some reason if you are still stu...